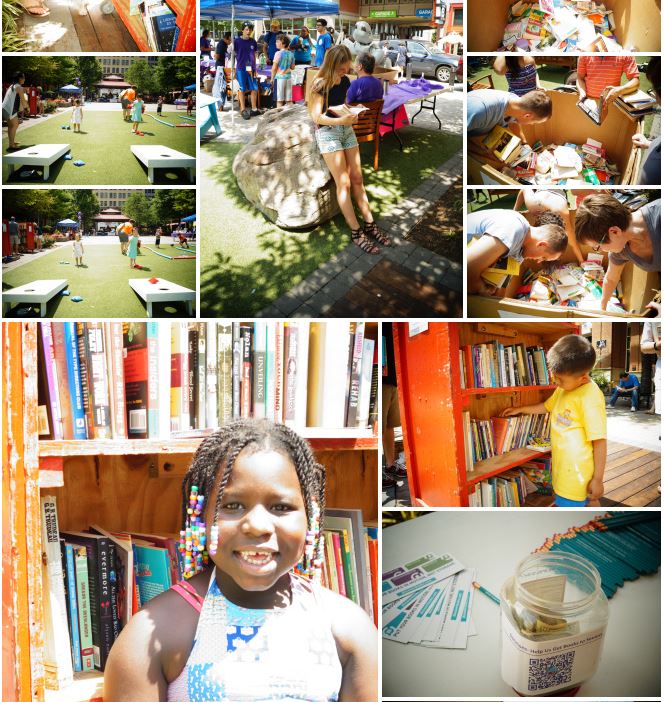 On July 16, 2016 we held an event called Rockville Rock 'n read in which we gave out about 7,500 books. The books were given to the public free of charge. We advertised on many sites. One of which was called https://www.volunteersignup.org/. It helped us get 65 volunteers in less than five weeks. We had a fantastic kids zone with bowling and corn hole. Face painting and tattoos were very popular.

Books came from individual donations, remainders from a book sale, and discover books. We had A local author named Gareth Hinds at the event. He demonstrated his great talent of drawing. We had the band Crimestoppers with guest star Daryl Davis. The temperature was in the 90s and at the end of the day everyone was rewarded with splash fountains coming up in the middle of the town square where the event was held. Both Montgomery County Public Libraries and TD Bank promoted their summer reading Initiative program.

We were supported by the following organizations:

Although the event was great success the net cost was 1,800. Most of that was an investment because we bought canopies and tables that can be used for later events. Many of the volunteers felt that it was a very positive event and one of the best days of their lives.